so this is the process used to make the first body, never having enough clay around to be able to sculpt the whole thing in order to cast from means it has to be done piece by pice and then joined up afterwards, this initial one acts as a kind of dress pattern from which i can work out a system to make the next. 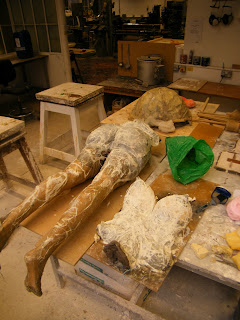 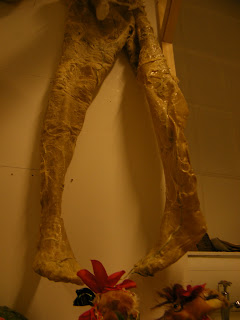 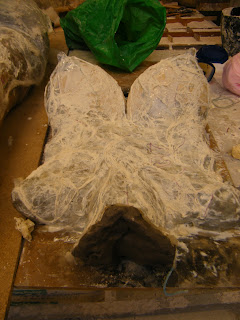 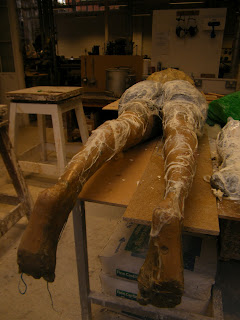 the legs have been borrowed from a more than willing mannequin donor, however she was far too skinny for my tastes so i've had to meat her up a bit, especially around the bum/hip zone, if this is to be the mighty amazonian woman warrior i picture then there has to be some god damn power behind those thighs! 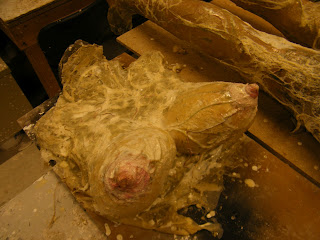 the miraculous bust. its been a bit of a struggle getting the right shape for these, again without having enough clay to spare, what i ended up doing was filling giant balloons with plaster and waiting until it was just 'going-off' and then forming with my hands the desired shape. it took quite a few goes, then i had to try and make a matching pair, but i got there in the end. 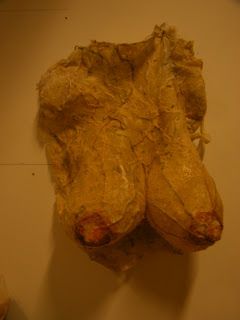 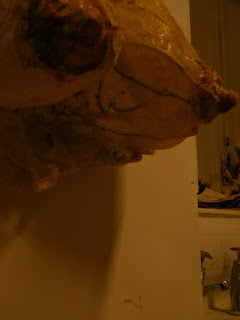 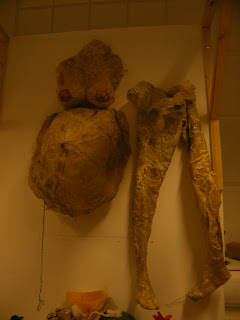 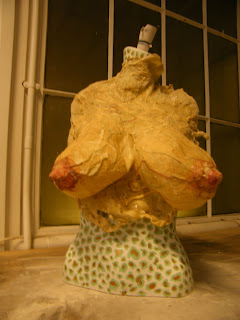 eva garland
I suppose ultimately what I am is a bit of an obsessive maker and creator of things, with results intuitively pieced together from anything and everything (mostly recycled fabrics and materials and just anything i can find in the streets that needs a new purpose in life) and no outcome too obscure. Often what I come up with are somewhat invented along the way and mostly end up as animalised creatures and objects with completely their own personality. I also love making puppets and investing life into inanimate objects, giving them a very beautiful and animated purpose, creativity and play are fundamental even for the big kids!! I also draw, paint, collage sew and cook a lot. using my hands to make stuff and keeping busy and active are very important for me to function as a fellow being of the world,